I was right.  Today was the day.  Fiona had 8 healthy puppies this afternoon - 6 boys (2 patches) and 2 girls.  All the pups seem stong and healthy and Fiona is a great first time mother and is doing a great job taking care of all the pups.  Here is a picture of her and the kids in the puppy pen. 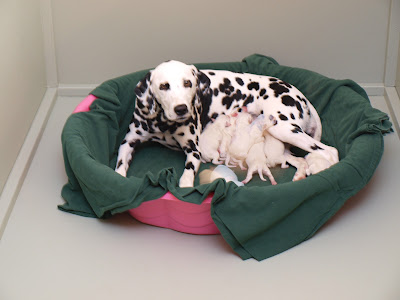 And we wait....  the offical guesstimated due date is tomorrow July 30th but there are no signs indicating that will be true.  I'm betting on Tuesday the 31st.  Fiona has milk now so it won't be long.  Here is a picture taken of her today ... even fatter and rounder than before. 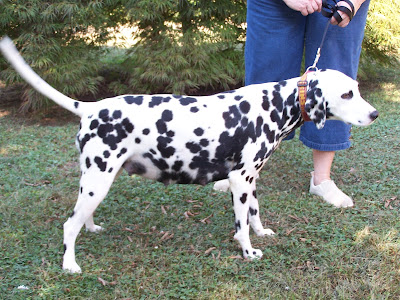 I took Fiona to the vet Monday to get a radiograph so we would know exactly how many puppies to expect.  Well it turns out that getting this done is not nearly as an exacting process as I thought.  The vet said he could definitely see 6 and something that could possibly be another and OBTW she's carrying them up high so another could be hiding up there and then her tummy is full so another could be hiding back there too.  That's just so precise that I can't stand it.

So we wait and see.  In any case the nursery awaits: 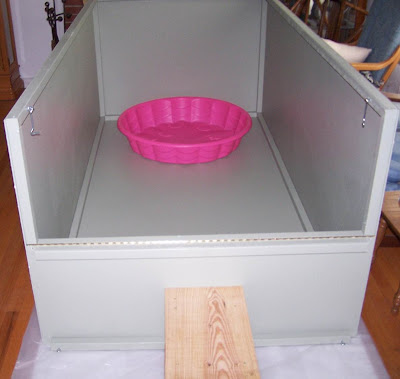 Now all I have to do is convince Fiona that she wants to get in there and check it out.  She says she'd rather hang out with Guin. 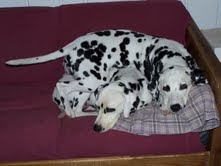 Notice the green stains on Guin's face?  I planted 2 cherry tomatoes for the dogs in my back yard and they nose around in them to find the tomatoes.  In the process wind up with green faces but they have a great time and love the tomatoes.

I decided to post a picture of Fiona and Maks and tell you about what's happened so far. 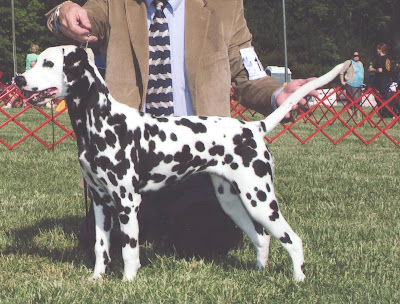 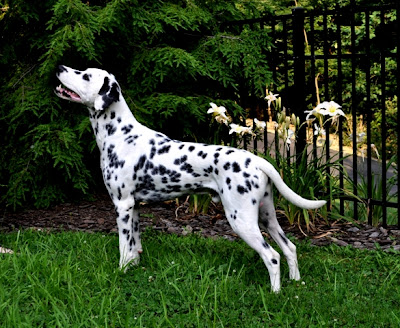 Fiona was bred with Maks on Memorial Day and then a couple of days later so I am guesstimating that the pups are due on July 30th.

On June 27th Fiona was given an ultrasound and puppies were confirmed as shown in the pictures below: 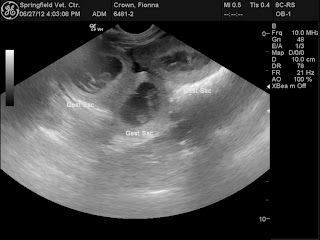 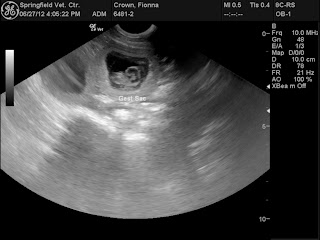 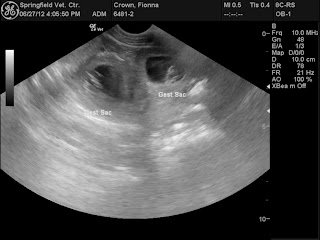 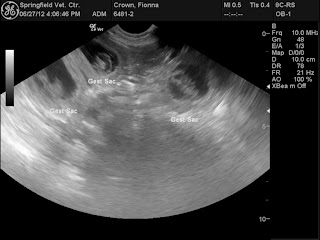 The vet said he could see 3 puppies from all directions and estimated that there were 8 or more.  Eight would be nice but I hope not too many more are in there.

Now with a little over a week to go here is a picture of Fiona I got today. 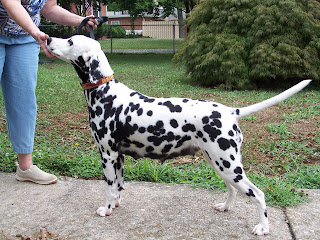 She's such a pretty girl, so fat and round.  Tomorrow she's going for a radio-graph so we can know exactly how many puppies there are.

Welcome to my blog about Fiona's (& Mak's) litter.  I will be posting pictures and dialogue about how things are progressing.

For more information on Fiona please contact me at wcrown8320@verizon.net or for more on Maks please visit Barb Allison's web site at http://rimrockdals.webs.com
Posted by Unknown at 12:03 PM No comments: